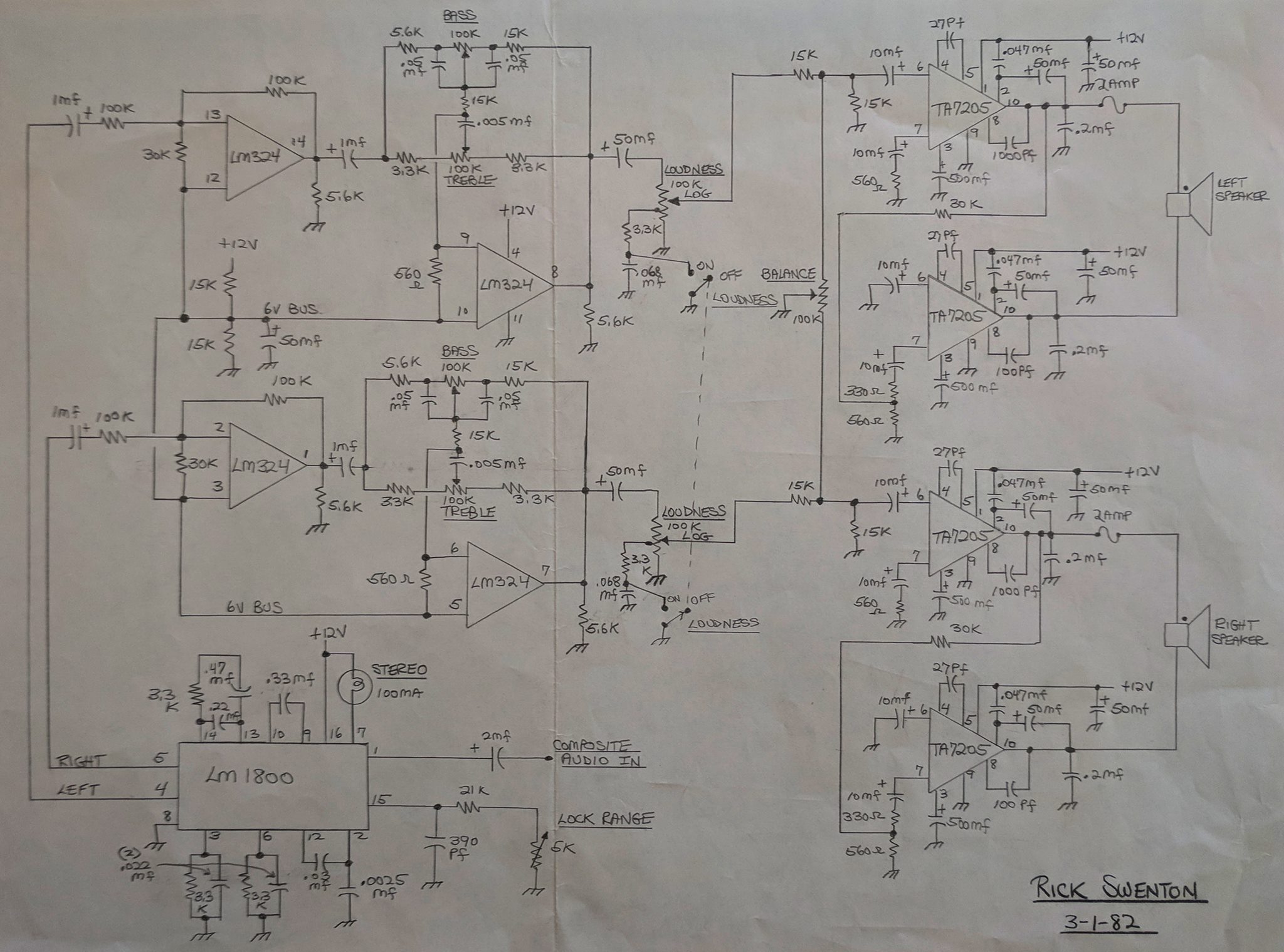 My 1982 Chevy Citation was a company car. It was a basic, functional car.  It had an AM/FM radio that did not receive in stereo. In fact, it did not even have push-buttons to select preset stations.  You had to tune them in with the knob each time.  Not wanting to spend a lot of money I designed an add-on stereo amplifier with a built-in FM stereo decoder. I put it into a box mounted under the dash with the volume and tone controls on the front. It was a clean 11 watts RMS per channel. It used all integrated circuits. Each channel operated in bridge mode so both sides of the speaker were not grounded. It was the only way to get decent power from the 12 volt car battery. I had to open up the radio to tap into the FM discriminator to extract the audio before de-emphasis for stereo decoding. Today you can buy a stereo amplifier like this already built for under twenty US dollars.